Ha Long Bay belongs to the Northern Patterns of Vietnam so it is generally cooler than the Southern of the Country. It experiences two main distinct seasons.
• In Winter months, the weather gets colder and colder from November to March and considerably warmer in April (a leap into summer). This is also time to observe much cloud and frequent drizzle. The average winter temperature is 17.2°C (62.9°F). Particularly, deep inside bay is often colder; temperature may keep below 10°C (50°F) for long period.
• In the summer (from May to October), the whole region is quite hot. Temperature may rise to 37°C (98.6 °F) in the peaks of June and July. Halong City enjoys equitable weather with high average humidity (80%) all year round though they may occasionally be subjected to typhoons and heavy rain in late summers (September to November). The distinct features: pleasant spring (typically March-April) and autumn (October-December), a chilly winter (December- February) and a hot summer (June – July).

It is Possible to Visit Ha Long Bay year-round, with the best time to visit from October through April, although during the winter months of December, January and February, the weather can be cool and overcast with low visibility. During the summer months from May to September, temperatures rise and storms are more likely during the rainy season.

It is Highly Recommended that you check the weather forecast before packing up, some tips are: 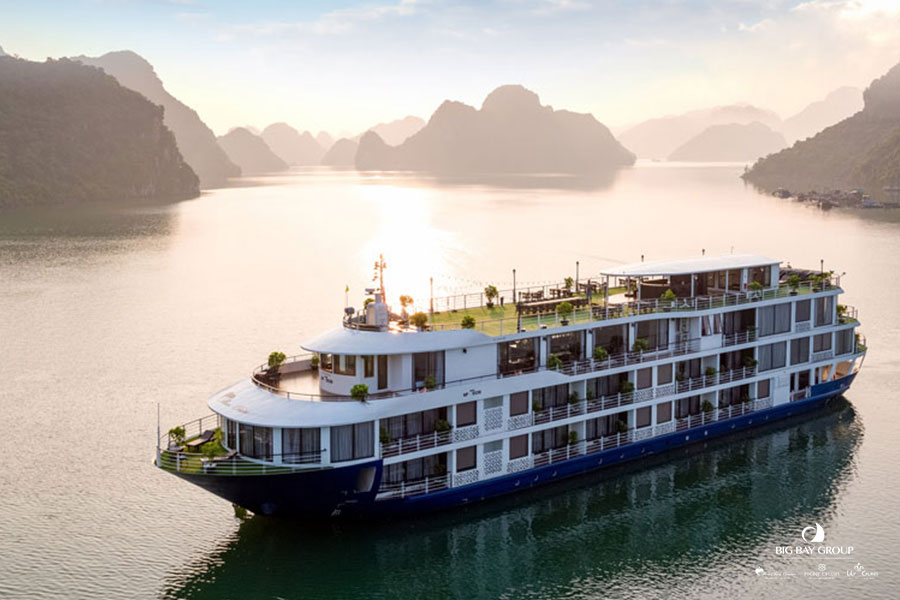 Particular individuals For safety reasons, these below Guests are not recommended to cruise overnight in Halong Bay. People with disability, such as blindness, two hand amputee....